Museum staff has been having fun pulling books for the Special Collection.  It is fun because we keep coming across interesting inscriptions written inside the books.

Here’s a select few of the ones we found. 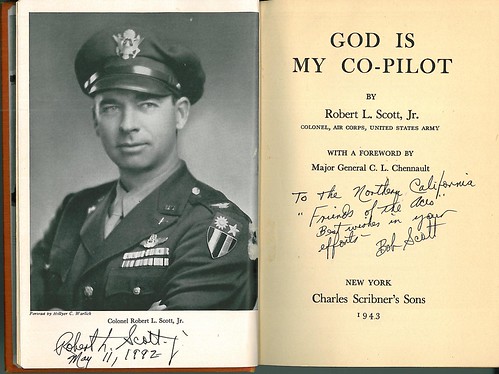 Signed both underneath his picture, dated May 11, 1992.  A second note on the title page reads, “To the Northern California ‘Friends of the Aces’ Best wishes in your efforts-” 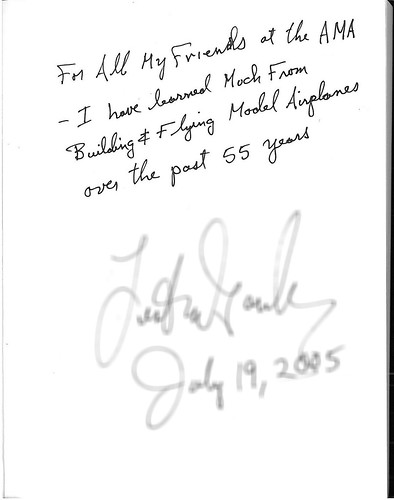 Garber, Lester W.  The Wright Brothers and the Birth of Aviation.  Wiltshire: The Crowood Press, 2005.

Signed on the cover page, “For All My Friends at the AMA – I have learned much from building and flying model airplanes over the past 55 years.  Lester Garber July 19, 2005” –signature blurred slightly to protect Mr. Garber. 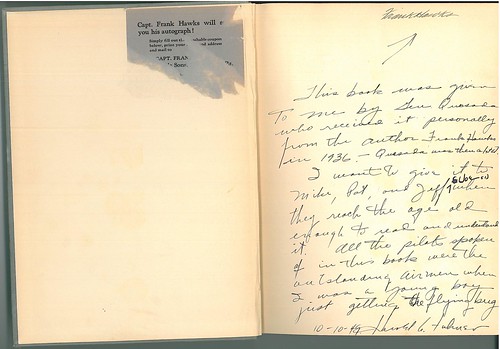 Signed by Frank Hawks in upper corner of cover page. Below this is written, “This book was given to me by Gene Quesada who received it personally from the author Frank Hawks in 1936 – Quesada was there a 1st Lt. I want to give it to Mike, Pat and Jeff (^ & Joe ‘51) when they reach the age old enough to read and understand it. All the pilots spoken of in this book were the outstanding airmen when I was getting the flying bug. 10-10-49 Harold G. Fulmer (?)”