I could write at length about all of the thought and philosophy of repairing, restoring and conserving artifacts in museum settings.  It is a question that the staff at the National Model Aviation Museum discuss and debate on a regular basis.  While we have no set answers, we work hard to apply the best method to the problem at hand.  In some cases the debate isn’t needed, however, as a quick fix by an approved model building method is the way to go.

An example of one of these quick fixes is a recent repair to Hubert Lacey’s 1935 Buhl Pup. 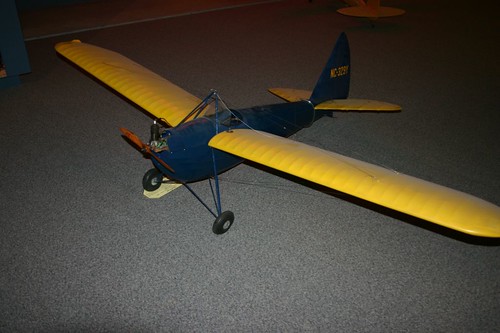 While moving models for gallery maintenance, museum staff and volunteers were dismayed when the left elevator of the Buhl Pup swung off and dangled precariously by a single point.

An examination of the model revealed that the front dowel rod holding the elevator in place was broken – and probably had been for a while. 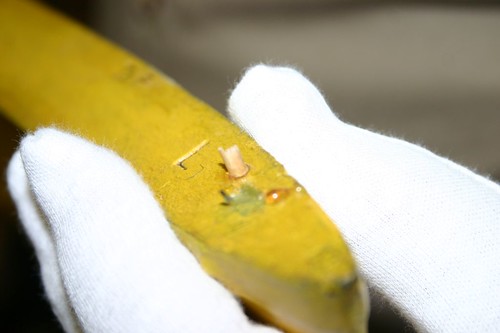 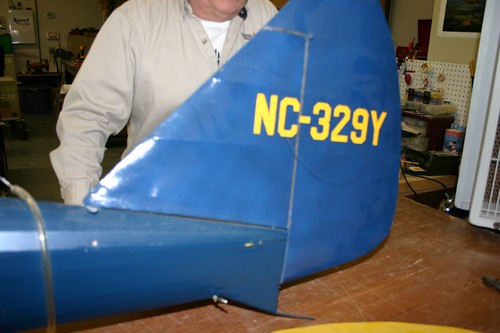 When the model was tilted during its move, the top tail brace wire came loose, and since the bottom brace wire was missing, the top wire had been all that was holding the elevator in place.  The top brace wire could be reattached, of course, but the front dowel rod needed to be fixed to prevent any future problems.

Museum volunteers quickly brought the Buhl Pup into the museum’s restoration shop and fixed it in the manner I’m sure many of are picturing.  They pulled the old 1/8” dowel rod from the elevator and drilled out the remaining part of the dowel rod in the fuselage. 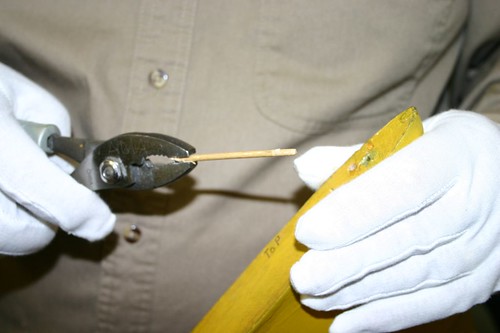 A quick hunt of available supplies turned up a new 1/8” dowel rod that was cut to length, sanded, and fitted back into the elevator and fuselage before being snugged in tight with a bit of Ambroid cement. 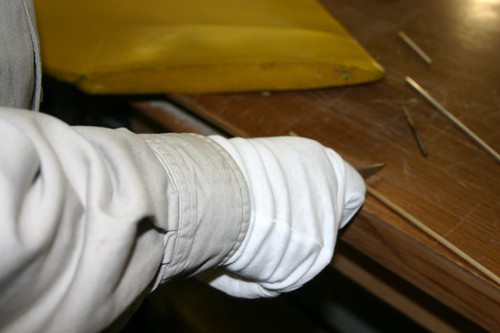 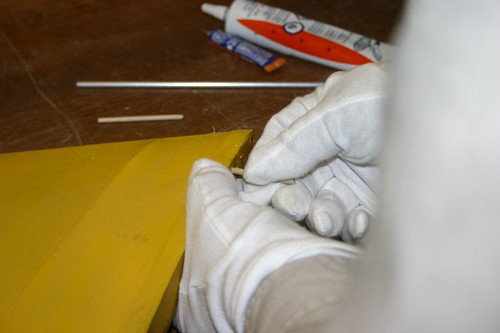 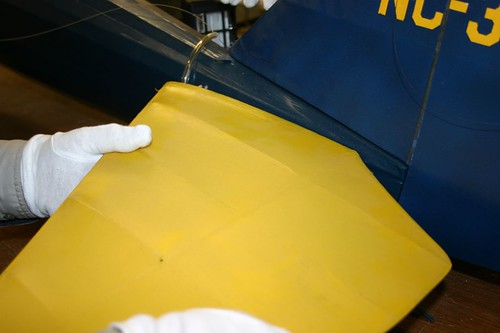 Within the hour, the Buhl Pup was back on exhibit. 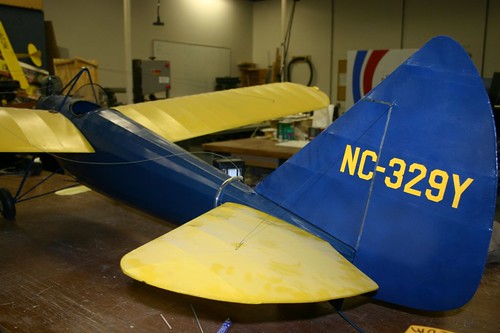