Sound is such an important issue that in 1991 the AMA dedicated a whole book towards the issue. Why? The best explanation is a quote from a 1973-1974 study by the Western Associated Modelers – Noise Level Committee that is looked at in depth in the book.

“For the past decade, noise pollution in our environment has been making its way to the top rungs of our society’s ‘problem ladder.’ Man has been ingeniously constructing machinery to advance him further into an automated environment, while at the same time tending to ignore the increase in the attendant noise output. Not long ago, noise was simply accepted as a way of life by the model builder. About four years ago, however, the public at large began to overlook the socially redeeming aspects of our hobby/sport and has been following an increasing tendency to place magnified emphasis on the noise factor. The public’s lowered tolerance of noise disturbance is becoming an ever more significant factor relative to the availability of flying sites. Moreover, modelers in increasing numbers are wanting quieter sites for their own health and comfort.” 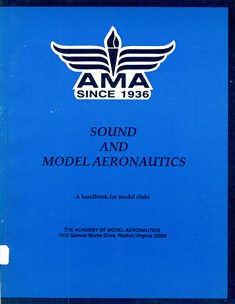 True enough – which is why the AMA has been offering insurance coverage since 1940. At first, this coverage was voluntary and required the member to pay an extra $1.00 in addition to the dues. As of January 1, 1956 the coverage became part of the membership benefits, and the coverage extended from competition only to any time the airplane flew. If you desired more or specialized insurance, you could always call Herber Smith Morris who advertised insurance services in Model Aviation frequently. 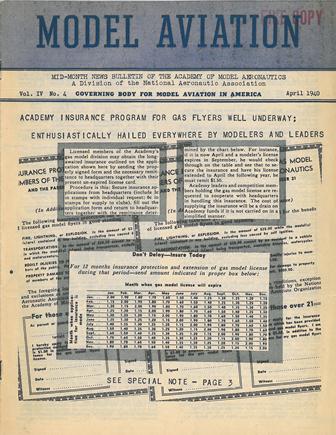 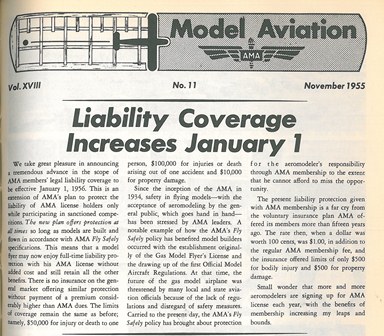 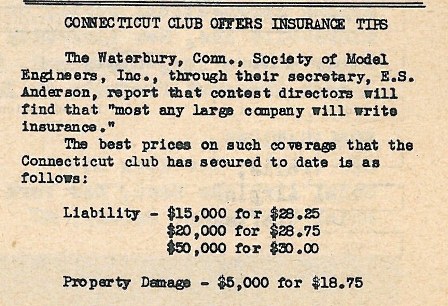 3.  Even before insurance was a standard part of AMA membership, it was a necessity. Here a club offers a tip to other clubs on how to obtain insurance for events. (Source: National Model Aviation Museum Library, [“Connecticut Club Offers Insurance Tips,” Model Aviation Vol. 10, No. 4, April 1946, pg. 7.])

Casting your vote for officers is an important way of contributing to the AMA and its future. The election for the 1948 AMA Officers was the first where every AMA member, and not just leader members, could vote for their representatives.

Make sure you exercise this right by voting for the Executive Council positions up for grabs in 2012. Your official ballot should be in the mail soon, and but in the meantime, here’s the list of nominees for open positions. 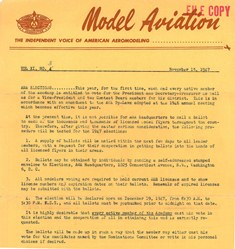 On June 21, 1990, the Academy of Model Aeronautics’ President Don Lowe signed the official paperwork purchasing property in Muncie, Indiana. About a year later, May 7, 1991, the ground breaking was held signaling the beginning of construction.  To keep members up to date with progress on-site, Model Aviation magazine ran “Dateline: Muncie” articles and Don Lowe, (AMA President 1986 – 1995) and Vince Mankowski, AMA Executive Director 1990 – 1993, often mentioned the site in their columns.

At long last, on June 13-14, 1992, the Grand Opening for the site was held. While visitors began arriving as much as a week in advance, the actual ribbon cutting occurred on Saturday, with Indiana’s Lieutenant Governor, Frank O’Bannon, in attendance.  An estimated 6-8,000 people were on site Saturday with another 3-5,000 on Sunday, including Mr. John Kaiser who, as winner of the Grand Opening raffle, received a one week free stay in the AMA guest house and represented the AMA Members in the ribbon cutting ceremony.  Members that attended flew Radio Controlled models and Control Line models from the L-pad, now known as site #1 while all those in attendance were able to shop in the exhibitor tent. 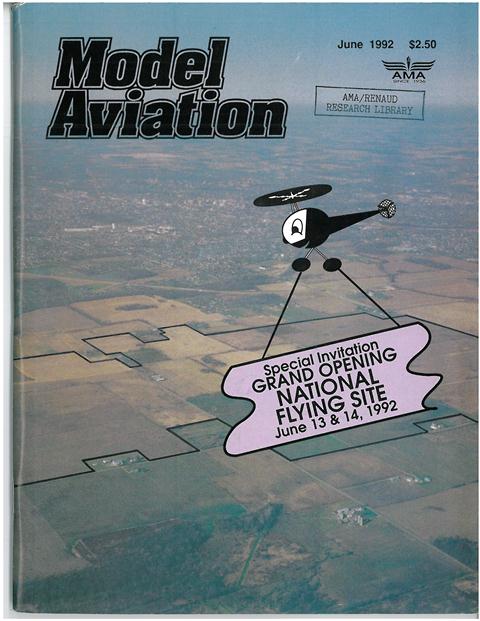 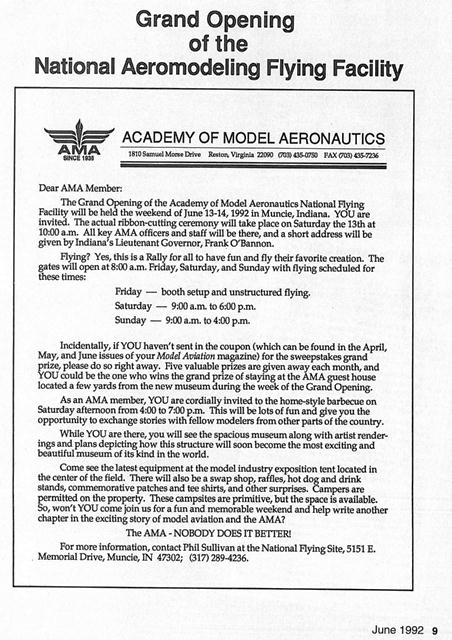 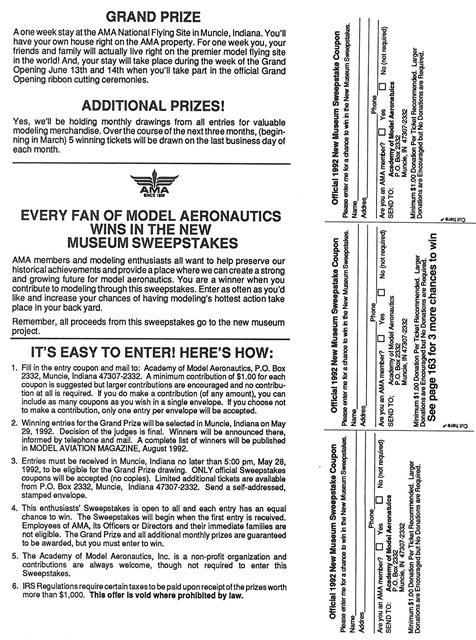 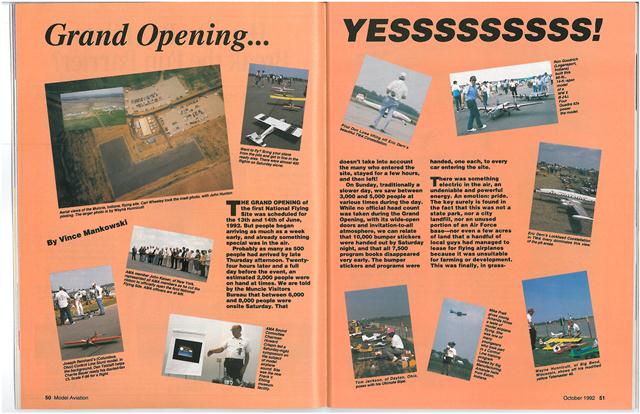 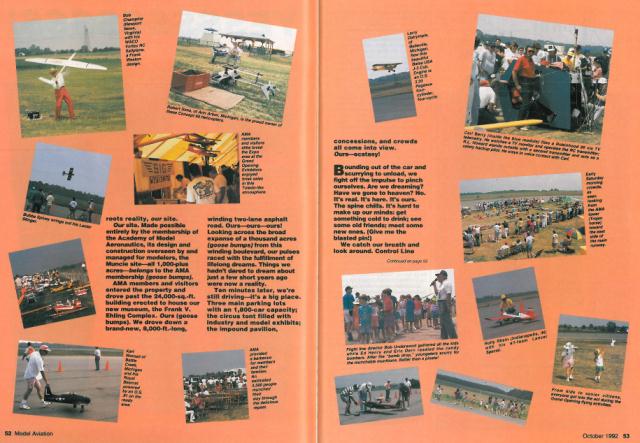 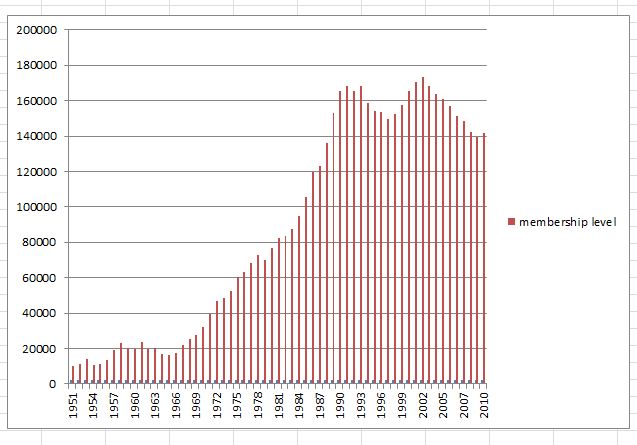 Graph compiled by Academy of Model Aeronautics staff from known membership data as of September 1, 2011.