It was an exciting morning of anticipation around the booth of TAS Foamies for Tomas Simatovic as the doors were about to open to the Radio Control Expo (RCX) in Long Beach, California.  Tomas (age 17) was about to enter the world of model aircraft designer and builder with the launch of his company, TAS Foamies, that sells his line of indoor foamie aircraft, all designed by Tomas.

Tomas got the model flying bug at age six when he and his dad visited an AMA club flying field near their home in Southern California. Although they didn’t start flying right away, Tomas never lost his interest in anything that flies. At age 10, he and his dad started to learn to fly with a Wingo. That led to an interest in designing and building airplanes; many were scratch built from balsa wood. Consumed by designing and building, Tomas made countless trips to hobby shops, attended the AMA Expo and surfed the Internet to learn more and get ideas.

Flying continued with a Wattage Cub, time on a RC flight simulator and later with a Thunder Tiger, .40-size trainer that was given to them by some neighbors. Tomas became an AMA member at age 14 and a regular at the AMA club, Conego Valley Flyers flying field in Newbury Park about five minutes from his house. “There are so many AMA clubs everywhere that you can find one near you and someone at the field is always eager to help you. Club member Randy Bronson took me under his wing. He was always available to help me whether it was flying, designing, or building” Tomas said.

Last year Tomas went to an indoor fun-fly sponsored by the AMA club, Simi Valley Flyers. While flying his Yak 55, he spotted Matt Stringer, an accomplished RC pilot. “Although we are the same age, I was afraid to go over and introduce myself” Tomas said. Matt came over to see what Tomas was flying, and they became friends. Matt helped Tomas become proficient at using computer-aided design and manufacturing to bring his airplane designs to life. Soon airplane kits were rolling off the production line and were being sold on the Flying Giants website. 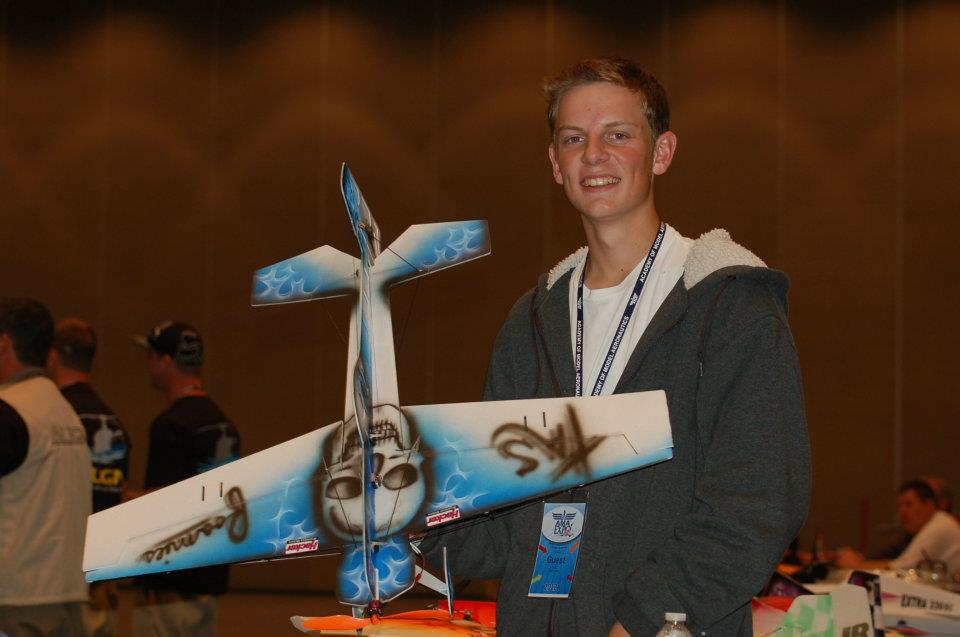 With only a months before the RCX show this past April, Tomas decided he wanted to use that show to launch TAS Foamies. More precision and speed were needed to laser cut the foam parts. Tomas purchased a Phlatboyz CNC machine made especially for the RC hobbyist. One of the first airplanes produced on the new machine was an Eagle 580, based on the full-scale, aerobatic airplane flown by Matt Chapman. “The Eagle 580 airplane is one of my favorite airplanes so I used it to inspire my design and it flys great too” said Tomas.

With the booth trimmed in orange and black, his airplanes displayed, and the Simatovic family ready to help customers and support Tomas, TAS Foamies was ready for business. Sales during the two-day RCX show were good and interest was high with demo flights capturing plenty of attention. Customers liked the colorful graphics on the airplanes. Not only does Tomas design the airplanes, he paints them using an airbrush. 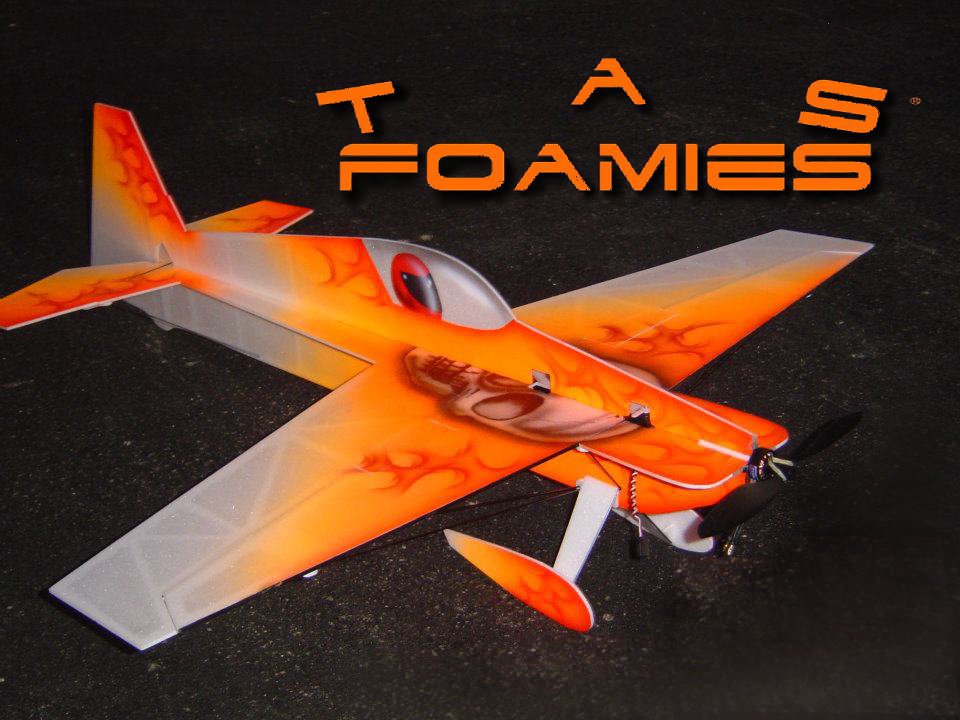 “My airplanes are good indoor flyers for beginners too. Some adjustments need to be made to the control surfaces to slow it down” Tomas said. “That makes the airplane just float along in the air” he added. As for outdoor flying, maximum wind speed to fly would be roughly 6 mph.  A slope flyer and hovercraft are on the drawing board too.

Tomas spends approximately five hours a day taking care of business after a full day of homeschooling. His faith is a guide in all his endeavors. He does point to one fellow modeler for inspiration. When Tomas was 12 he saw AMA member Chris “Lucky” Carnes in Model Aviation magazine flying his Giant Scale aerobatic airplane from his wheelchair. “Who knew that five years later I would get an email from him asking if I needed any stickers for my airplanes! All he wants to do is help others. Truly an amazing guy!” Tomas said.

When asked why he like flying models, Tomas said, “It’s about being outdoors. Smelling the fresh grass and friends you meet. If you have just a little love of airplanes and you look up when you hear one, flying models is for you.”

Tomas is a high school junior and plans to study mechanical engineering at Embry-Riddle Aeronautical University.